Dave Holland is a bassist, composer, bandleader whose passion for musical expression of all styles, and dedication to creating consistently innovative music ensembles have propelled a professional career of more than 50 years, and earned him top honors in his field including multiple Grammy awards and the title of NEA Jazz Master in 2017. 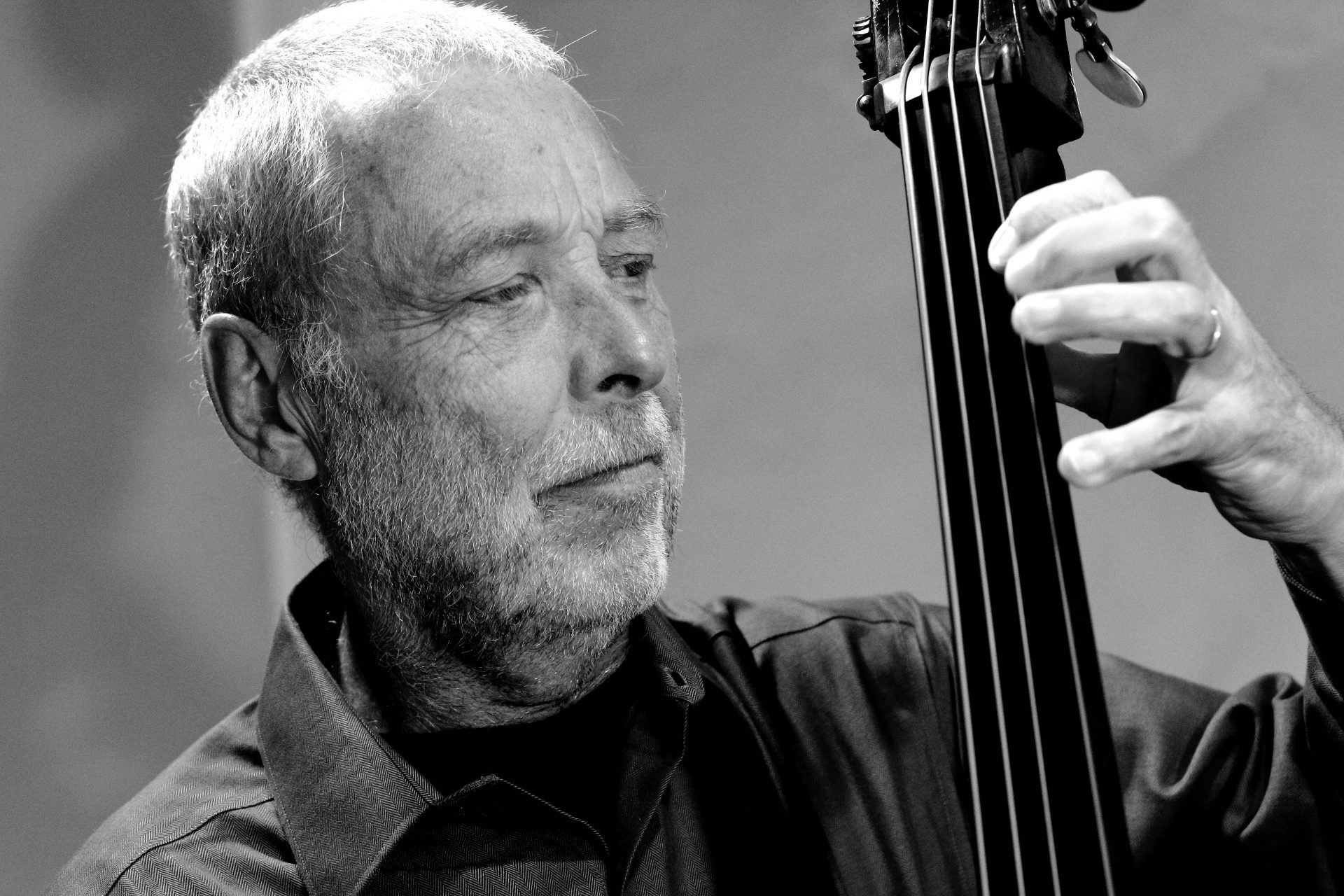 Holland stands as a guiding light on acoustic and electric bass, having grown up in an age when musical genres—jazz, rock, funk, avant-garde, folk, electronic music, and others—blended freely together to create new musical pathways. He was a leading member of a generation that helped usher jazz bass playing from its swing and post-bop legacy to the vibrancy and multidiscipline excitement of the modern era, extending the instrument’s melodic, expressive capabilities. Holland’s virtuosic technique and rhythmic feel, informed by an open-eared respect of a formidable spread of styles and sounds, is widely revered and remains much in demand. To date, His playing can be heard on hundreds of recordings, with more than thirty as a leader under his own name. 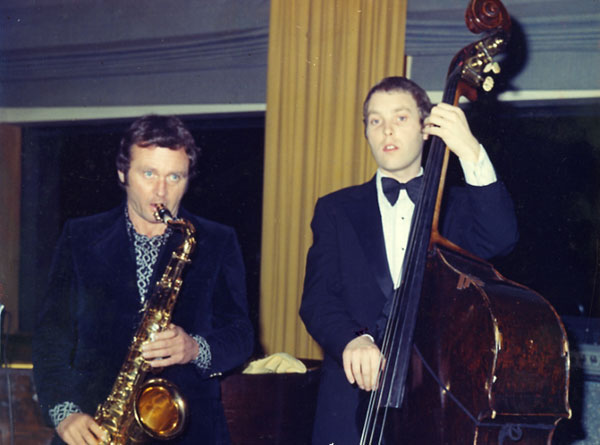 Holland was born in Wolverhampton, United Kingdom in 1946, and even before reaching puberty played ukulele and then guitar, having fallen under the spell of skiffle music like most British youth during the 1950s and early ‘60s. As an adolescent, he switched over to the low end of the string family, an uncle fabricating his first “tea-chest bass” out of the thin wooden crates in which tea was shipped. The bass ultimately proved the instrument that steered him away from a working-class destiny. At the ripe age of 14, he began playing R&B, rock and pop tunes for dances and in clubs with local bands, and visiting U.S. artists like Roy Orbison, Chet Atkins, and Johnnie Ray. By his late teens Holland began exploring an expanding palette of jazz styles and it was clear that music was Holland’s calling. 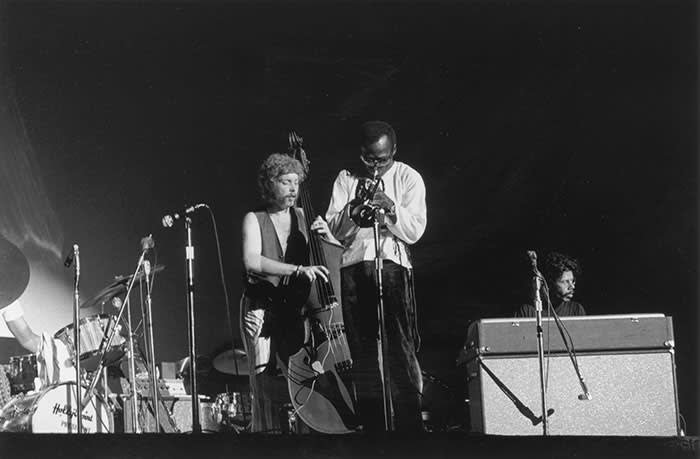 The search for more opportunities, experience, and advanced music education led the young bassist to journey from The Midlands to work in London in 1964, where he began to study with James Edward Merrett, the principal bassist with the London Philharmonic. A year later, Merrett recommended him for a scholarship to the Guildhall School of Music and Drama and Holland was on his way.

The mid-‘60s were an exciting time to be in “Swinging” London: the U.K. was pulling itself free from an extended postwar, economic decline and a whirlwind of fresh, cultural ideas (especially musical) was in the air. Holland was soon exploring more advanced classical and avant-garde music, as well as the work of jazz bass masters from Ray Brown, Leroy Vinegar and Charles Mingus, to Scott LaFaro, Jimmy Garrison, Ron Carter and Gary Peacock. He began to perform regularly with bands fronted by leaders at the cutting edge of the U.K. jazz scene: Tubby Hayes, Ronnie Scott, Chris McGregor, Evan Parker, and John Surman.

Holland was a mere 19 years old when he began to appear at Ronnie Scott’s jazz club in London’s Soho district, supporting touring jazz veterans like Ben Webster, Coleman Hawkins and Joe Henderson. That was the venue in which famed trumpeter Miles Davis—who was about to transition from purely acoustic music to more electric instrumentation in 1968, including rock and funk influences—first heard Holland. Davis asked him to take over the bass chair in his band at a time when generations of musicians and music fans were intensely focused on every step the trumpeter was taking.

Joining Davis’s groundbreaking, semi-electric band was the catapult that launched Holland’s career to the international stage. As the world watched and listened, he contributed to albums that pointed the way to the future—Filles De Kilimanjaro, In A Silent Way, Bitches Brew—and performed in jazz clubs and rock festivals, helping to lay the groundwork for the rise of Fusion jazz, an important member of a brotherhood of innovators adept at older and newer jazz vocabularies. While still with Davis, Holland gigged and recorded with other musicians as well, including the Thad Jones/Mel Lewis Orchestra, Chick Corea, and Joe Henderson. 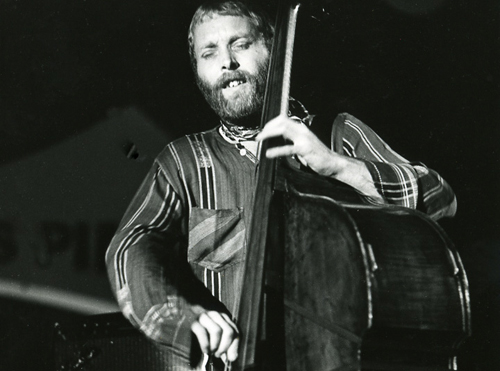 Holland left Davis’s employ in 1970 and immediately co-founded Circle—the influential if short-lived free-jazz quartet, with Corea, Anthony Braxton and Barry Altschul. After the breakup of Circle in late ’71, Holland found himself working in bands led by the likes of Stan Getz, Thelonious Monk, Braxton, and initiating an enduring relationship with saxophonist/bandleader Sam Rivers.

By 1972, Holland relocated to upstate New York, and began recording under his own name, beginning a long-standing association with the Munich-based ECM label. It was during this period of re-establishment that he began participating with vibraphonist Karl Berger’s Creative Music Studio, and co-founded the Gateway Trio with John Abercrombie and Jack DeJohnette. Holland later joined Betty Carter’s group for a year, and served as a sideman on a wide range of recording projects that featured blues singer/guitarist Bonnie Raitt, vocalist Maria Muldaur, and bluegrass heavyweights John Hartford, Norman Blake, and Vassar Clements. In ‘77, Holland began performing solo bass concerts, which led to the studio album Emerald Tears, which he later followed with the solo cello recording Life Cycle in ’83. 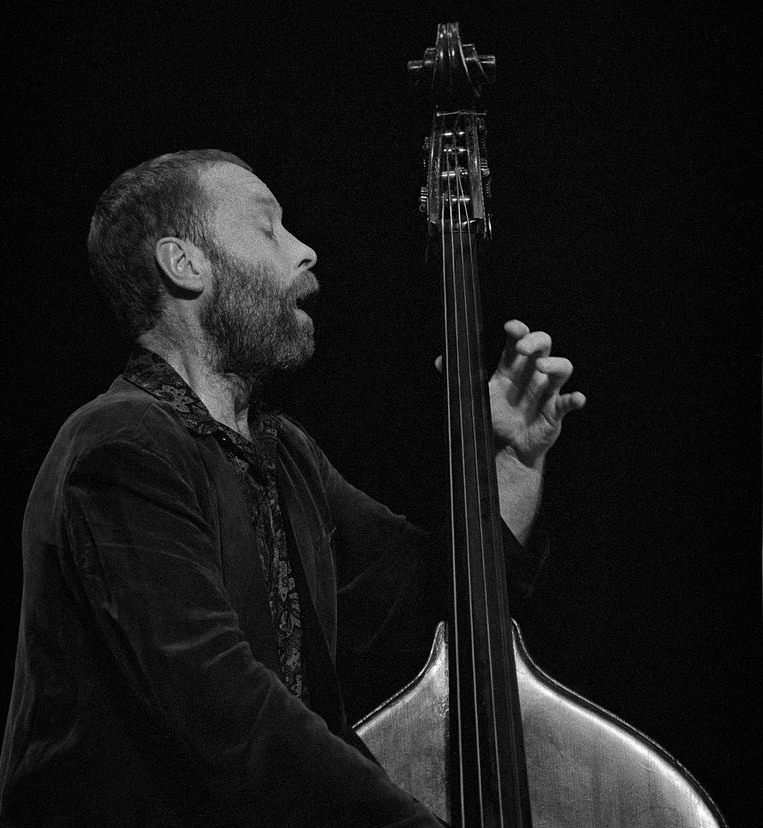 As the ‘80s began, Holland stepped forward with a working band of his own for the first time. The Dave Holland Quintet was comprised of alto saxophonist Steve Coleman, trumpeter Kenny Wheeler, trombonist Julian Priester, and drummer Steve Ellington. Their 1984 debut was well-received critically, and initiated a long run of groups that varied in musical approach—smaller lineups focusing on lengthy improvisations, larger ensembles dealing with intricate arrangements— and evolved as new arrivals, like drummer Marvin “Smitty” Smith and guitarist Kevin Eubanks, who all became part of Holland’s creative circle. 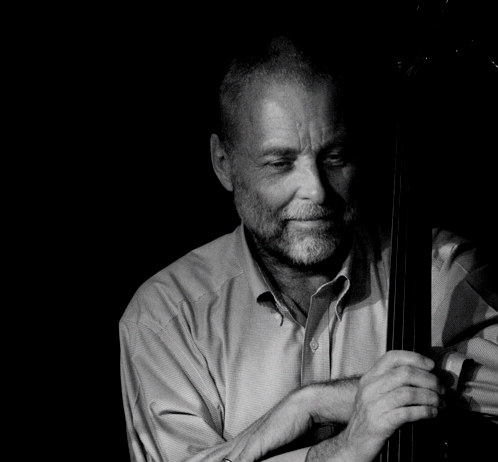 In 1990, Holland debuted Extensions—a quartet album featuring Kevin Eubanks, Coleman and Smith—that was voted Album of the Year by Downbeat magazine. A year later, on the same week, he recorded World Trio, featuring Eubanks on acoustic guitar and percussionist Mino Cinelu, and Phase Space, a duo album with Steve Coleman. These were followed in ’93 by Holland’s third solo effort, Ones All (both World Trio and Ones All were originally released on the Intuition label.)

By ’97, the Dave Holland Quintet included a mix of younger and veteran players, with vibraphonist Steve Nelson and trombonist Robin Eubanks (Kevin’s brother) alongside saxophonist Chris Potter and drummer Billy Kilson (and later Nate Smith.) While most of his creative choices as a bandleader are the result of feel and intuition, Holland admits a conscious decision when it comes to combining musicians of varying levels of experience. “I’m an equal opportunity employer. I don’t think about anything to do with gender, race or age. I’m looking for the music. I listen to the music with my ears, but at the same time, I am also conscious of the fact that it’s very important that there is intergenerational contact in the music. Older players should play with younger players and vice-versa so we have a chance to cross-pollinate our influences and backgrounds. This is how the music grows and expands.”

In the 1990s, Holland’s desire to focus on his compositional and arranging skills led to the formation of the Dave Holland Big Band, a group that that led to his notching two Grammy awards for Best Large Jazz Ensemble. Around the same time, he earned a third for an all-star quintet with old colleagues Burton, Corea, Pat Metheny and Roy Haynes. During the ‘90s, Holland also revisited a number of historic collaborations—including the Gateway Trio, and working with Herbie Hancock—and in the 2000s, Holland expanded his focus to new collaborations: the comically named “ScoLoHoFo” quartet featuring Joe Lovano, John Scofield, and Al Foster; as well as a duo with Jim Hall.

In 2003, Holland departed ECM and formed his own label, Dare2 Records, on which he has issued almost all of his recent recordings. In 2005, Dare2 premiered with Overtime, a big band project including music commissioned by the Monterey Jazz Festival. A year later, Critical Mass featured his Quintet (the first with Nate Smith), and Pass It On in 2008, a sextet performing arrangements in a mini-big band style (with, among others, Robin Eubanks, pianist Mulgrew Miller, drummer Eric Harland.)

In 2010, Holland released two recordings: the live octet album Pathways, and Hands, a duet with flamenco guitarist Pepe Habichuela. In 2013, Holland dug deeper into his Fusion roots, unveiling his quartet Prism with Harland, Kevin Eubanks, and keyboardist Craig Taborn; and a year later, Holland teamed up with pianist and longtime friend Kenny Barron to record The Art Of Conversation for the Blue Note label.

The remarkable rate at which Holland leads or collaborates his way into fresh and exciting projects proves he has no plans to diminish the range nor frequency of his creative drive. His band lineups reveal that his ear is still to the ground, listening for and recognizing fresh and deserving talent, and that many are the musicians who are happy to perform or record with him. As Holland prepares to celebrate his 70th year, he is currently playing with a new group, the Aziza quartet, co-founded with Harland, saxophonist Chris Potter, and guitarist Lionel Loueke.

As a leader and collaborator, Holland continues to tour the world and it comes as no surprise that he has and still serves the music in an educational role, having worked during the 1980s as artistic director of the Banff Centre’s jazz summer program (Canada), and as a faculty member for two years at the New England Conservatory of Music in the ‘90s, where he still serves as an artist in residence (as he does at the Royal Academy of Music.) He has also been elected a Fellow of the Guildhall School—his alma mater—and has received honorary doctorates from Birmingham Conservatoire (UK), Berklee College of Music, and the New England Conservatory.

Most recently, Holland was made an Honorary Member of the Royal Academy of Music (UK)—a rare honor as membership is limited to 300 living musicians—and he’s been named a 2017 Jazz Master by the National Endowment for the Arts.

Over the years and through countless musical experiences, Holland has come to define his purpose as a musician—and he articulates it well: “I’m trying to create music that exists on multiple levels, such as simpler elements along with more complex elements. To me, a lot of great art, whether it’s visual, musical or written, has an ability to do those things—to offer some fundamental truths that echo in people, yet at the same time, introduce them to a new way of looking at those fundamentals that gives them a little different perspective…

“It’s the human condition: joy, loneliness, love, companionship, communion, and hope. The things by which we live. The fundamentals that make us what we are as humans. They cross over gender, race and everything. The more I travel, the more I understand that fundamentally, everyone is the same…cultural orientations may be different, but the fundamental truths people function under are still the same. It’s about their family, their love, their nurturing, their wanting to belong, and their wanting to have hope.”